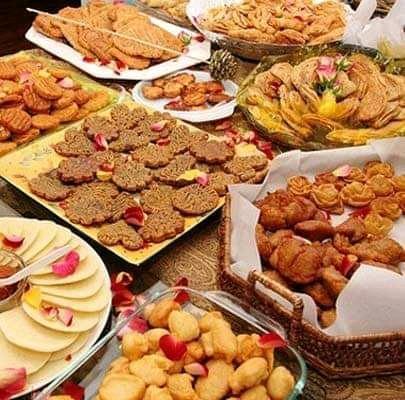 Late Autumn and the present Bengal.

However, in the heart of Rural Bengal, the direct feeling of Late Autumn is available from the last part of Autumn. Yet the Late Autumn season is disrespected by all, and somewhat neglected. The arrival of this season at the end of the festive entity of Autumn is very unpretentious and solemn. Such a system of nature may be to give a momentary status to human arousal according to the needs of the time. But this unpretentiousness and seriousness of Hemant at the end of the festival has also become the reason for his negligence.

Perception of Late Autumn in the environment.

The name ‘Hemant’ comes from the word ‘Him’. That is, its characteristic features are hidden in the name of Hemant. From the last onset of the Rainy season, the cloud cover in the sky decreases, white clouds like a combed cotton float in the blue sky throughout the Late Autumn. That cloud of Late Autumn comes down even more. After a few showers at the end, the mild winter mood is felt in the morning shots.

Dew is seen lying on the grass in the fields and on the leaves of the trees. Hemanta seems to breathe a sigh of relief in the bosom of nature, calming the excitement of the festival throughout the season. Occasionally there is a drop of rain at different times. This rain actually prepares the background for the arrival of Winter after Late Autumn. Neither hot nor cold – a wonderful environment is very comfortable for people at this time.

This season is a symbol of whiteness. It is the season of fullness. Its soft beauty easily moves our minds. The glistening rays of the rain on the leaves of the trees, the Water of the swaying pond, the abundant cashews blooming on the banks of the river, the gentle breeze of the morning filled with the scent of hyacinth flowers, the white clouds across the sky like cotton, Has arrived Light fog and dew drops. There is no comparison to the eye-catching beauty of Autumn. In the background of the calm-rain blue Sky, there are light clouds. Scattering of leaves and leaves on the trees.

Village Bengal, the heart of Bengal, is decorated differently in each season. Her form is one in Summer, she is unique in rain; That village Bengal is incomparable in festival. The true form of Autumn can be seen directly in the heart of Rural Bengal in this age of modern civilization.

The dew-drenched grass of this season, the leaves of the last decorated tree before it falls before Winter, seems to crown Hemant as the Queen of all seasons in Rural Bengal. So it is said that if spring is the king of seasons, then Winter is definitely the Queen of seasons. In the light fog of dawn in the heart of rural Bengal, the Dew drops on the paddy fields seem to envelop the whole village environment in a unique magic.

However, in the heart of Rural Bengal, the direct feeling of Autumn is available from the last part of the season. Yet the Autumn season is disrespected by all, and somewhat neglected. The arrival of this season at the end of the festive entity is very unpretentious and solemn. Such a system of nature may be to give a momentary status to human arousal according to the needs of the time. But this unpretentiousness and seriousness of Hemant at the end of the festival has also become the reason for negligence.

Does Late Autumn season really exists in the present Bengal?

Due to environmental pollution, this unique form of Late Autumn is not directly felt in all parts of the world. The increasing level of pollution in the world in the modern era has somehow wiped out Hemant from the urban areas of Bengal. That is why Urban Bengalis in general cannot feel Hemant separately. However, as we continue to grow in our own interest, we need to reduce the level of pollution, give nature and the environment a chance to breathe a sigh of relief. Then, on the one hand, just as nature will become pure, on the other hand, the urban Bengalis will not be deprived of seeing the form of the beautiful Autumn.

This season is not without its ups and downs. In fact, the thirteenth festival in twelve months of Bengali. Needless to say, that Bengali will not allow such a beautiful season like this season to be without festivals. For a while, the new year would start in the heart of Bengal from this period. Because it is the season of paddy production in Bengal. This is the season when new paddy grows in the farmer’s house, and on the occasion of that joy reflects in Nabanna-Festival. The Bengalis of the village celebrate the days of the festival in a fancy way. The festivals of pithapuli started in the villages.

Late Autumn means season of ripe paddy. It is actually illuminated by the golden light of ripe paddy in the plains of Bengal. Happy light boy in the house of the farmer, all around is festive. The frosty wind of this season gives the arrival of Winter. At this time, nature took on a new look. When the Rain Water dries up, it becomes unique.

It is known from history that, at some point in time the year of Bengal started with this season. Because this season is the season of paddy production. Planted at the end of monsoon, Bona Aush Aman national rice grows in this season and matures in Kartik. Apart from paddy, many flowers bloom in this season, among which Gandharaja, Mallika, Shiuli, Kamini etc. are notable.

Nabanna Utsab begins with the harvest. Nabanna means new food or new rice. Nabanna Utsab is a traditional festival of Bengal. This festival is organized on the occasion of the first cooking of rice prepared from freshly cut paddy. During this festival, various types of cakes, pies, latex delicious are prepared and distributed among the relatives and neighbors. Apart from food and drink, many cultural events are held. Everyone enjoys various types of country dances, Baul songs, folk songs etc.

Each season of Bengal has its own diversity and beauty as well as the beauty of this seais its golden nature and Nabanna festival. In Kankan, the snowy wind, the golden desert, all together create a wonderful scene that makes people happy.